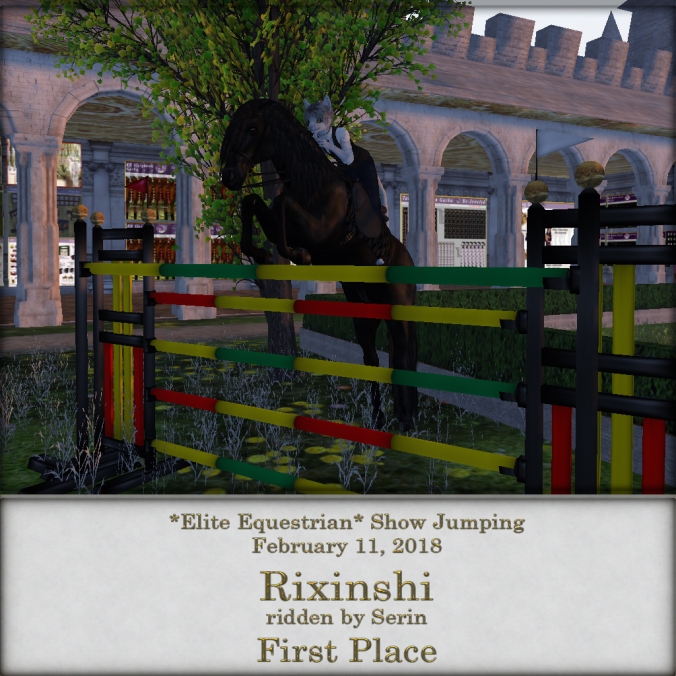 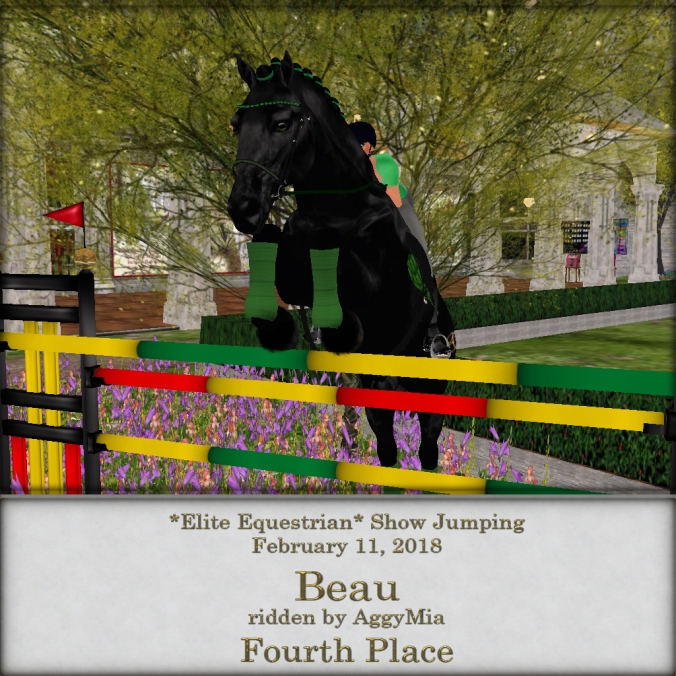 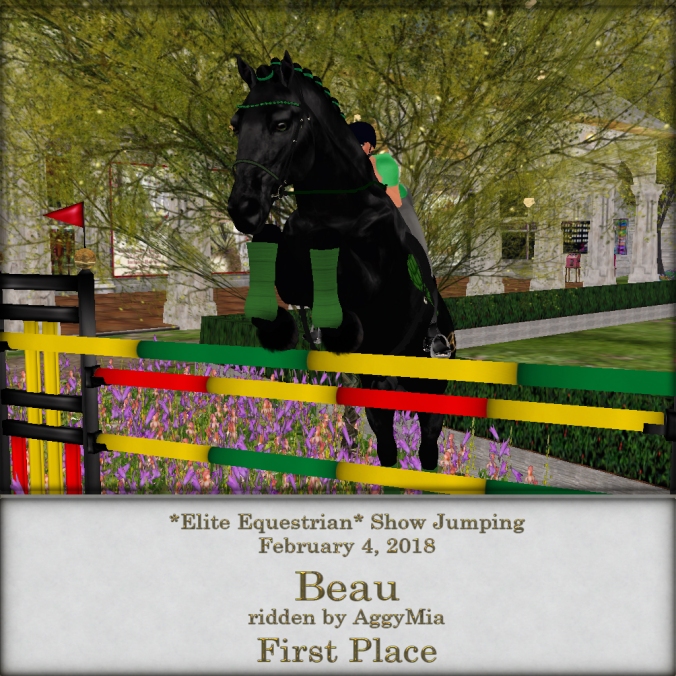 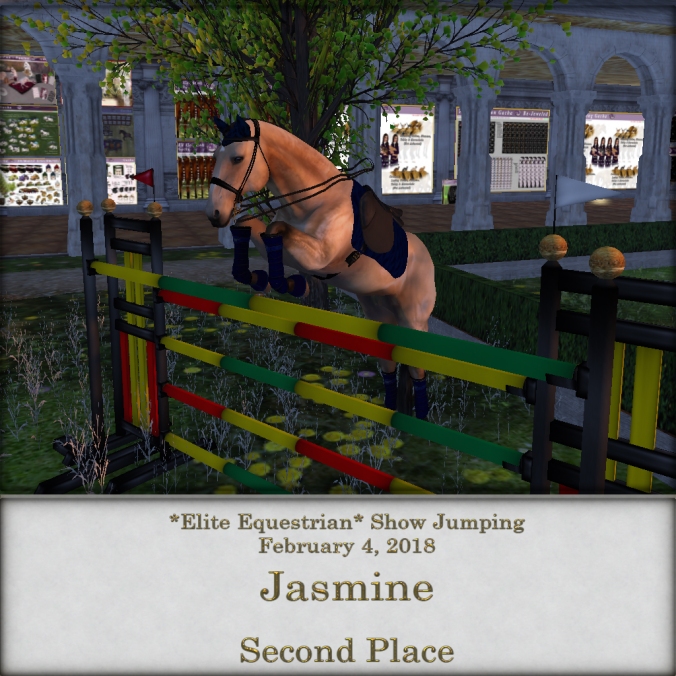 Results for the February 2018 PasturePets Horse Show, the show for the RealHorse, NPCs of all kinds!

We would like to thank our judges for the February PasturePets HorseShow: Kezzy Fowrzy, Duchess of Angel Manor and Rebel (Rebekah Exonar).

Our judges were faced with a wide range of creative approaches to this month’s theme of Mardi Gras/Carnivale.

They managed wonderfully, and we are so pleased and thankful for their time spent in carefully evaluating and scoring the entrants in our February show. We would like to thank these two for their effort on our behalf!

Our Judges were instructed to judge each horse/pony using the following criteria:

The horse itself; the diorama; and the combined look of how well the horse & its decor go together.

Each horse received scores in all three categories, and the scores were then averaged to product a single unique score for each judge, which were then totaled to produce the final score. 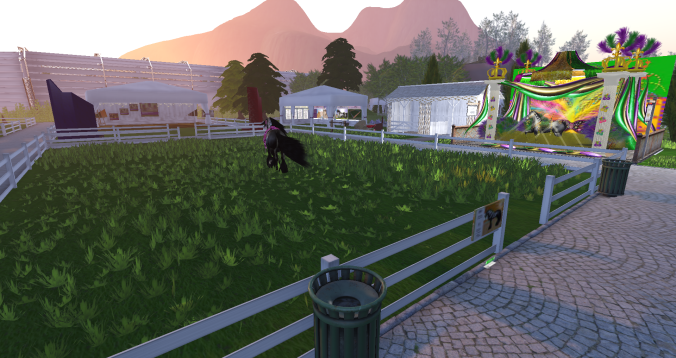 Judges were told to have fun with their judging and to use their best judgment about what they liked. We gave them the following framework of guide lines to use in judging the entries:

This is a fairly subjective score: did the judge _like_ the horse itself? Look at it in the size category (pony, horse, draft) and decide if you like that horse in that category.

We allow essentially anything equine in these shows as long as they are RealHorse NPCs and in the correct size class. So it comes down to:

Some things to consider in your scoring: 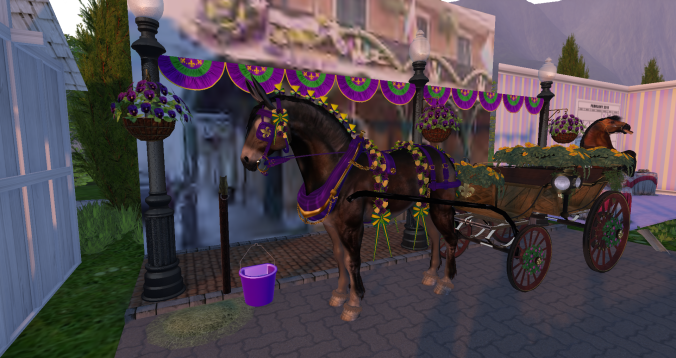 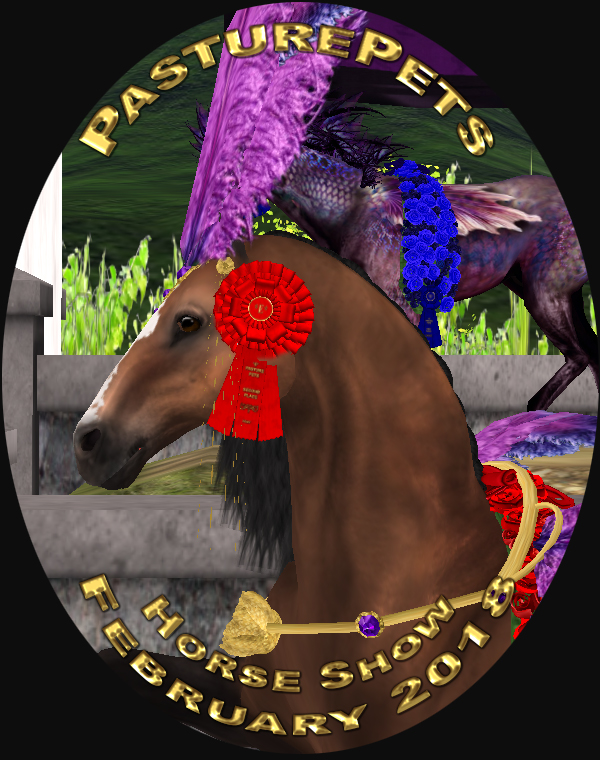 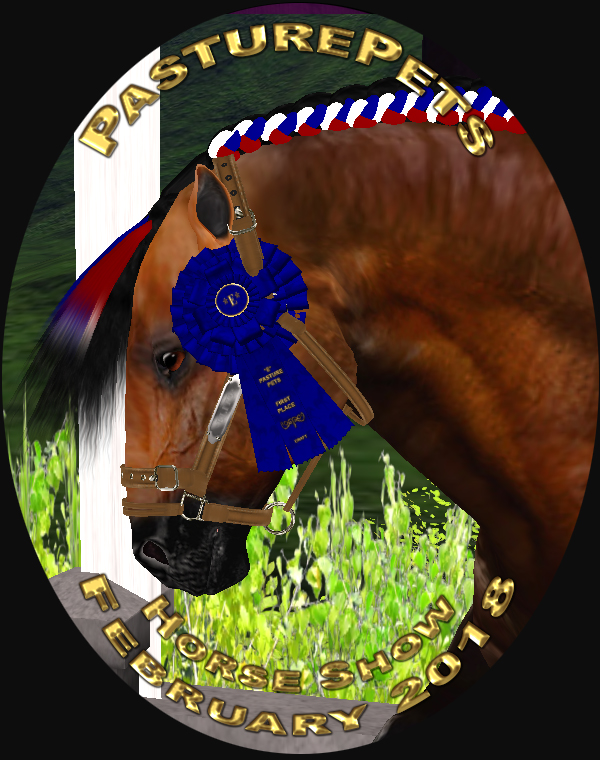 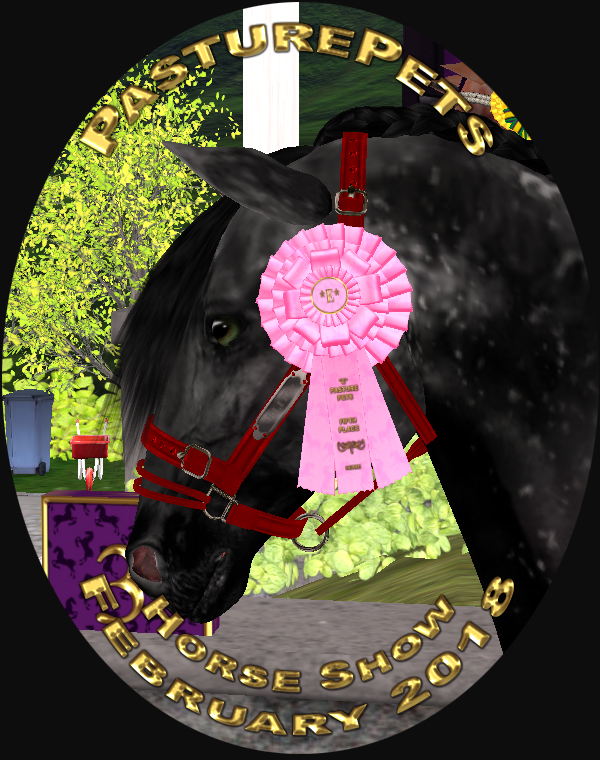 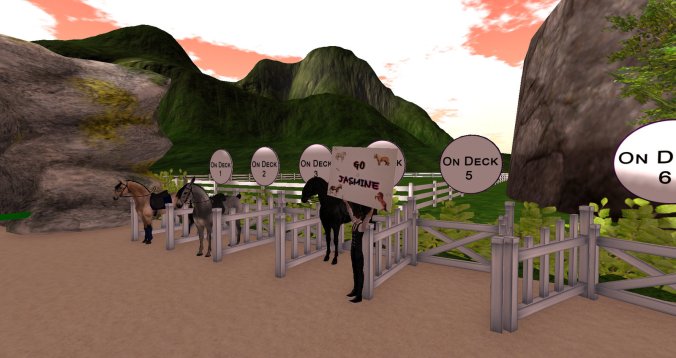 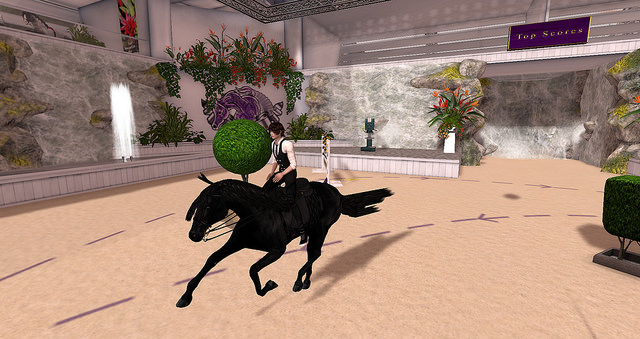 The PasturePet Horse Show is for all RealHorse NPCs: PasturePets, RealHorse Ramblers, Bespoke RealHorses, and RealHorse model bots.  This horse show is intended to let NPC RealHorse horse owners show off their beauties in a special horse show facility.

February’s horse show awards ceremony will be held Sunday, February 18th, with prizes awarded and pictures taken at 11 am SLT .

How the Show is judged and prizes awarded:

Each entrant will receive a temporary shed assignment, which includes 75 prims with which to decorate their display.  Judging is conducted in the size classes (Pony, Horse, Draft) and is based on 1. the RealHorse NPC; 2. the creativity of the entry’s shed decorations; and 3. overall design of how the horse and decorations work together. Two independent nonpartisan judges will score each entry, awarding it 0-100 points.  Their scores will be averaged to produce a final score which will determine placement in the size category and overall show.  Highest scores win. Click here for Full Rules.

How the PasturePet show works:

Eligible entries must register on our on-line entry form in advance of the show. Entries open one week before the show and close when the show is full or by the Thursday before, whichever comes first.  Entered horses must be in their stalls in the show ground by Thursday, 12 midnight SLT and remain there for the duration of the show. Judging will take place Friday-Saturday.  Winners will be announced on Sunday.

Rules and other fine details:

1. Entry limited to RealHorse NPC horses. They may be owned or leased by the entering participant. (You may enter your leased PasturePet, RealHorse Rambler, or BeSpoke RealHorse or your own NPC RealHorse character).

3. You can make decorations that are worn by your horse to expand your prim limit. Be aware of your avatar render weight for your horse. If the judge cannot see your horse, they cannot judge it!

4. Prim overages will dock your score 5 points per prim that you are over limit.

5. Decorations may not cover the shed signboards.

6. There are three size classes. Entries in each Size Class will be judged for First-Sixth places in that size class. Best in Show and Reserve Best in Show will be chosen based on the highest scores in total, regardless of their size class. Owners may enter 1 RealHorse NPC in each class (Pony, Horse, Draft).  If the class does not fill, then that class may open for additional entries.

7. You do not need to be the creator of your shed decorations. Most people will want to be, but if you want to hire or ask a friend to make it for you that is fine, too. You MUST be the owner of any decorations you plan to rez on the showgrounds.

8. Don’t have a PasturePet but want to show? No problem! we have PasturePets available for lease, some even at the showground salesground ready to go!

On the Marketplace and in our in-world Cherry Island store, these 3-piece, unrigged tack sets include saddle with drapery; bridle with rigged reins; crupper with flank drapery. Copy/Mod set is available in 10 colors, each sold separately.  Visit our Cherry Island store to check out all the great new releases!

Having trouble deciding what to get her for that big day? How about a romantic carriage ride and more?

This FREE set includes a heart shaped gift box (M/T), heart-shaped box of candy (T), rose petals in the shape of a heart (T), functional heart-locket (click to open and then just drag and drop your pictures into the 2 sides of the locket! M/T) and a tour guide HUD of 12 romantic hands-free carriage and trail rides (C/T).

We recommend the Romantic Ramblers for the an exceptionally romantic experience. Ride the cuddle carriage behind a match pair of pure white horses decorated for Valentine’s day to the Conservatory where you may dance under the stars. For those really special moments, there’s even a proposal animation in the carriage if you want to do it up right!

Directions included to use the HUD; permissions vary but all items transfer, allowing you to give a complete gift to that special someone. All that, and it is FREE, FREE, FREE!

Please note that no horses or carriages are included in the gift set. This is a set of gifts + a Rambler Tour Guide HUD that allows you to easily locate these fun, free carriage and trail rides.

Purchase on the Marketplace (https://marketplace.secondlife.com/p/FREE-Romantic-Carriage-Ride-More-for-Valentines-Day-Rez-to-Open/13899140) or in our in-world, Cherry Island Store (http://maps.secondlife.com/secondlife/Cherry%20Island/127/54/31)